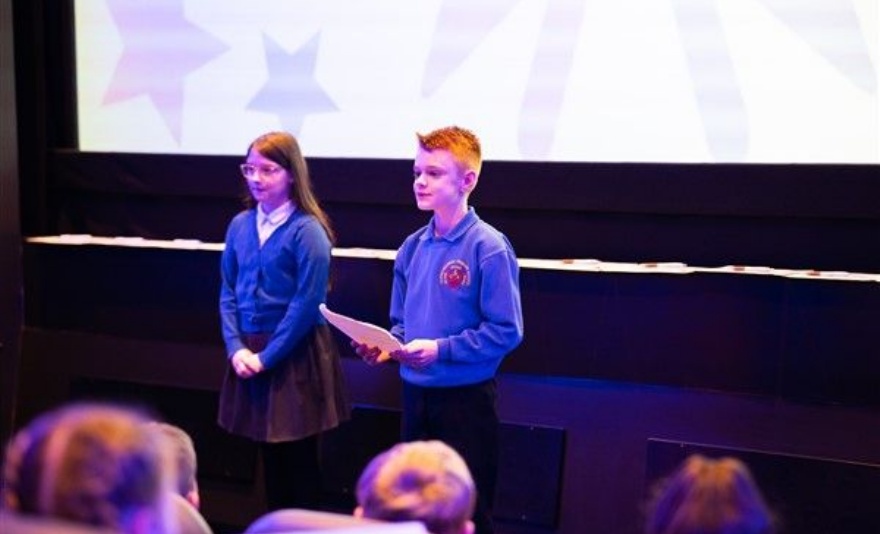 Children from our school joined others from across West Norfolk for a literary event as part our  World Book Day celebrations.

The event saw 18 pupils from six primary schools in the West Norfolk Academies Trust - which we are part of - come together on Tuesday 8 March for the first time in months following the lifting of covid restrictions.

Three pupils from each primary school formed a team to perform a public speaking piece at the Corn Exchange in King's Lynn, with the theme of the ‘life and times’ of a writer of their choice.

Each team had a practice session before performing their talk in front of an audience, which included the Trust’s CEO Andy Johnson, Chair of Trust Roger Livesey and governors from all of the six primaries.

The Trust’s Director of Education Becky Walker, the board of trustees and staff from all six schools were also there to watch the talks.

Each of the pupils was awarded a certificate and given a goodie bag, which included cinema vouchers, a book, a pen and a light up spinner.

Roger Livesey said: “This was a truly enjoyable experience. On behalf of the West Norfolk Academies Trust I would like to offer my thanks to all the staff whose hard work and dedication made this event possible and especially to the students who took part.

“It takes a great deal of courage to speak in public at such a young age and they did it brilliantly.

“Thank you to the King’s Lynn Corn Exchange who provided their lovely new facilities.”

More photos can be found here.